However much you’ve read about drinking two litres of water a day, sometimes life gets busy and staying well hydrated moves down your list of priorities. But taking the time to drink a glass of water or make a cup of tea is actually one of the most important self-care activities you can do.

It’s recommended we drink 6-8 glasses of fluid a day but that doesn’t have to mean water. Whilst water has tons of health benefits, tea, coffee and milk all count as part of your daily quest for hydration. Water performs many important functions in our body, such as helping our body get rid of waste via your kidneys, helps with brain function and helps keep your skin looking healthy. As a result, drinking enough fluids is really important for your physical and mental health

Dehydration happens when your body loses more fluid (from things like peeing and sweating) then you take in. Whilst we might all notice we’re dehydrated now and again, if it escalates dehydration can be a serious problem. Not only can dehydration cause physical health problems but it can also impact your mental health: research has found drinking less water (and therefore being at risk of dehydration) is linked to having greater tension and confusion.

But could being dehydrated be a cause for your anxiety? Let’s take a look at the connection. 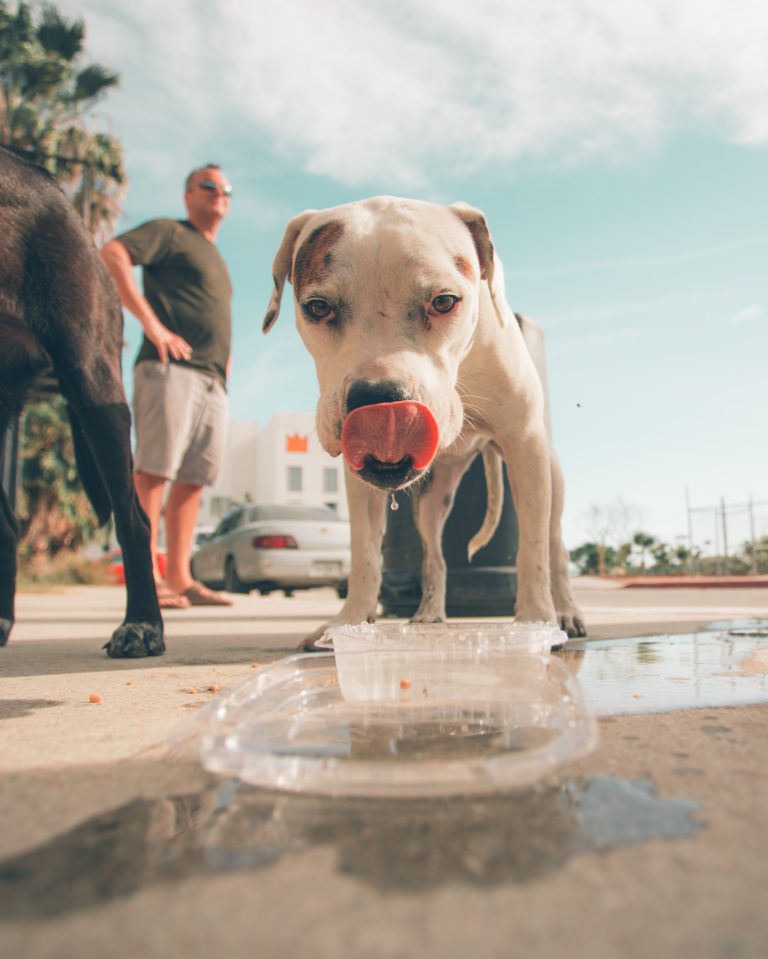 Photo by Ryan Christodoulou on Unsplash

How does dehydration cause anxiety?

Determining what comes first  is a kind of a ‘chicken and egg’ situation. On the one hand, being anxious could increase your risk of dehydration, since you may simply forget to drink water regularly or neglect to notice the signs of dehydration when you’re frazzled.

“Those experiencing poor mental health may become dehydrated due to prioritizing other things and people over their own wellbeing. Often, when we’re going through tough times, the first thing to drop down our list of priorities is taking good care of ourselves.” explains Certified Intuitive Eating Coach Peta Coote.

Lack of sleep due to anxious thoughts could also play a part in being dehydrated. Not only is there evidence that not getting enough sleep increases your risk of dehydration but you might also reach for coffee and energy drinks to help with fatigue if you’re not getting enough shut eye. Whilst coffee and energy drinks do count towards your fluid intake, they’re high in caffeine. There’s not conclusive scientific evidence but some people do notice that caffeine is a diuretic for them.

“We may tend to reach for fast acting caffeine fixes to wake us up and help us feel more focused, however these aren’t going to hydrate us like water, fruit and veg will” adds Peta. When something is a diuretic, it makes you pee much more. This not only means a ton more bathroom trips but also that you lose more fluid and more are at risk of getting dehydrated.

It’s also worth pointing out you may already have an increased risk of dehydration if you have certain health conditions, such as diabetes or Inflammatory Bowel Disease.

However, there’s research that suggests not drinking enough could also cause those anxious feelings or make them intensify. This is because we know that not drinking enough water increases your risk of becoming anxious with one study finding those who drank the least amount of water had twice the risk of developing anxiety and depression.

Forgetting to drink as much water as usual can also play havoc with your mood: research has found that those who drank less water than they usually did felt less calm and more tense than usual when their water intake dropped. You don’t even have to be super dehydrated to notice your anxiety being impacted: research has found even mild dehydration can worsen your mood.

When we’re dehydrated, it can impact a ton of different bodily functions and this includes your brain. Impaired brain function can lead to issues such as confusion, fatigue and worrying thoughts. “Our brains are made up of 75% water and because dehydration slows down circulation, less oxygen gets to your brain and then impacts cognitive function.” says Simone Thomas, Bioenergetics Practitioner and Nutritionist from Simone Thomas Wellness.

What are the signs that dehydration is making me anxious?

If you’ve found yourself in an anxiety spiral today, could dehydration be the culprit? Well you can start by taking a look at some of the signs that you’re actually dehydrated. The most tell-tale sign of dehydration is your pee colour: if it’s super dark yellow and is strong in smell, it’s very likely you’re actually dehydrated. If it’s pale yellow then you’re good to go! But there are other signs of dehydration to look out for too and these include: headaches; feeling dizzy; fatigue; feeling thirsty and a dry mouth. “Low mood, a lack of focus and ‘brain fog’ can all be consequences of not getting the water your brain and body needs to function well,” adds Simone Thomas.

Another way to figure out the connection is by tracking exactly how much water you’re drinking each day. Water tracking bottles are useful for this but you can also use an app like Bearable to help find the correlation between how many glasses of water you’ve had and changes in your mood, symptoms, energy levels, and even sleep.

How can I manage anxiety that’s worsened by dehydration?

As well as reaching for your usual anxiety-busting toolkit, treating your dehydration is key. Make hydration a priority for your day. If you know you’re not drinking enough, set reminders on your phone or Alexa every hour to remind you to grab a glass. You may also use this as an excuse to step away from your desk and take a short mental health break too.

Just because you’re not thirsty doesn’t mean you don’t need to drink water. “The key thing here is to drink throughout the day, not just when you remember or are thirsty, because by this point dehydration may have set in and you will be on catch up when you reach for a glass of water.” adds Simone Thomas.

If it’s the taste of water you find off-putting, remember that all fluids count so why not jazz up your water? Fruit infused water bottles are a great way to do this (although do make sure to check if the ingredients you use aren’t natural diuretics, such as cucumber and ginger). Simply add your favourite fruit and add to the bottle. The result is a naturally sweet water drink that’s good for you and saves you pennies.

If you know that you drink things that may have a diuretic impact (such as caffeine or alcohol), then you may need to drink even more fluids to compensate. A good idea is to always drink one glass of water for every glass of alcohol you drink. You should also consider your caffeine intake: for most people, around 4-5 cups of tea or coffee a day should be safe, but you may find you need to alter this if you’re particularly sensitive to caffeine.

Whilst staying hydrated isn’t a one-fix solution for anxiety, drinking enough water throughout the day is a simple, yet powerful way to support your overall mental health. It’s likely that your anxiety is impacted by several different triggers, so we always recommend using the Bearable app to monitor a range of different factors and symptoms of anxiety.

The information provided is for educational purposes only, and is not a substitute for professional medical advice.  Consult a medical professional or healthcare provider if you’re seeking medical advice, diagnoses, or treatment.

Sources in this article.

Help someone out by sharing this article with them …

Around 9% of Americans struggle with depressive illnesses and many opt for a combination of medication and talking therapy to help tackle it head on. You might have heard of Cognitive Behavioural Therapy already but is it an effective option for those living with depression? Let’s take a closer look. 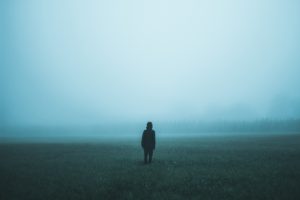 How to deal with Severe Anxiety

Almost 20% of Americans have an anxiety disorder and for some people anxiety can be more overwhelming than for others. When the symptoms of anxiety occur more frequently and have a greater impact on how you live your life, it’s possible that you’re experiencing severe anxiety. 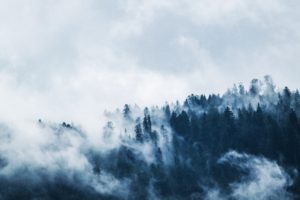 Sometimes it can feel as if our anxiety comes out of nowhere. But, in fact, 264 million people worldwide struggle with anxiety. Let’s take a look at some of the most common causes for what triggers anxiety.

Become the architect of your health.

This website uses cookies to improve your experience while you navigate through the website. Out of these, the cookies that are categorized as necessary are stored on your browser as they are essential for the working of basic functionalities of the website. We also use third-party cookies that help us analyze and understand how you use this website. These cookies will be stored in your browser only with your consent. You also have the option to opt-out of these cookies. But opting out of some of these cookies may affect your browsing experience.
Necessary Always Enabled
Necessary cookies are absolutely essential for the website to function properly. These cookies ensure basic functionalities and security features of the website, anonymously.
Functional
Functional cookies help to perform certain functionalities like sharing the content of the website on social media platforms, collect feedbacks, and other third-party features.
Performance
Performance cookies are used to understand and analyze the key performance indexes of the website which helps in delivering a better user experience for the visitors.
Analytics
Analytical cookies are used to understand how visitors interact with the website. These cookies help provide information on metrics the number of visitors, bounce rate, traffic source, etc.
Advertisement
Advertisement cookies are used to provide visitors with relevant ads and marketing campaigns. These cookies track visitors across websites and collect information to provide customized ads.
Others
Other uncategorized cookies are those that are being analyzed and have not been classified into a category as yet.
SAVE & ACCEPT